Palisades Tahoe ski resort has the opportunity to get a jump start on making snow for the 2021/2022 ski season. There will be some noise that you could experience during your stay. Complimentary ear plugs are available in the Welcome Basket and at the front desk.

Home > Blog > The History of Palisades Tahoe and the Olympic Triumph

Squaw Valley—also known as Olympic Valley—is one of the largest ski areas in the United States and houses a popular landmark for Northern Tahoe, the 1960 Olympic Games.

It all began in 1942, when two ski adventurists, Wayne Paulsen and Alex Cushing, began building Squaw Valley Ski Resort. The quaint mountain resort officially opened with fifty rooms, one chairlift and two tow ropes in 1949. Although the resort was small, their lift received the title of the longest double chairlift in the world.

As the resort grew in popularity, Cushing was determined to make the resort a national success. When he heard Reno, Nevada was in the running to host the 1960 Olympic Games it sparked his ambitious can-do attitude, and he made a bid for the games to be in Palisades Tahoe. He proposed the idea that Palisades Tahoe was a blank slate and could be transformed into exactly what the Winter Olympic Games needed within five years. His promise to build facilities that could accommodate the athletes and audiences included roads, bridges, hotels, restaurants, event arenas, and all the tracks needed for the games. His scale model of the planned site put his compelling argument over the top when he won over the International Olympic Committee in Paris.

The 1960 Olympic Games would be televised through CBS for the first time and the Committee knew making it a memorable event required special creative talent. In 1958, during the construction of the first Olympic Village, the Olympic Committee asked Walt Disney—an avid skier—to become the Chairman of the Pageantry Committee for the games. Walt’s goal for the opening, closing, and awards ceremonies was to be “full of innovation and firsts”. His vision was carried throughout the games and is now the foundation for all the Olympic ceremonies.

Since the games, visitors have come to ski the mountain that Olympians jumped in the 60’s and to see the tribute sign with the Olympic Rings placed near the ski lifts. There is also a tram that takes you to the top for a tour of the newly renovated Olympic Museum with a view of Lake Tahoe.  The museum is a must-see on a sunny day too where you can enjoy a lunch date at the museum and end with a hike at the top of the mountain.

To learn more about the Olympic Museum, visit their website by clicking here.

Vacation at Red Wolf Lodge at Squaw Valley to be less than a mile away from the Olympic Museum and other outdoor adventures! This ski-in/ski-out resort has everything you need to enjoy a day on the mountain! Book online or call (877) 344-0686.

In September of 2021 the ski resort formerly known as Squaw Valley Alpine Meadows announced a new name. The ski resort is now known as Palisades Tahoe. We support the efforts of the ski resort to respect the heritage of the local indigenous people as the reason behind the name change. Just as the resort is working to update every use of the name, so are we. Content published on our website prior to the name change is being refreshed, however you may find instances of the previous name. 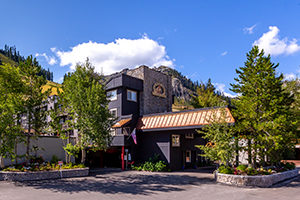 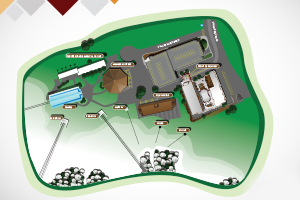